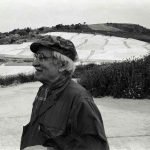 The wound of beauty.
Alberto Burri and the Grande Cretto at Gibellina

When Alberto Burri was commissioned to create an artwork to mark the reconstruction of the town of Gibellina, destroyed by the 1968 earthquake in the Belice Valley, he decided use the rubble from the buildings to create the largest land art work in the world. He enveloped it with a white shroud: a huge concrete cast that incorporated the remains and partially traces the ground plan of the old town of Gibellina.

La ferita della bellezza. Alberto Burri e il Grande Cretto di Gibellina/The Wound of Beauty. Alberto Burri and the Grande Cretto at Gibellina is an itinerant exhibition curated by Massimo Recalcati, coordinated by Alessandro Sarteanesi, and conceived and realised by Magonza publishing house. It was first installed in the rooms of the Carlo Bilotti Museum at the Villa Borghese Orangery in Rome (with the support of Roma Capitale, Department of Cultural Growth – the Capitoline Superintendence for Cultural Heritage), then transferred to the MAG at Riva del Garda, in cooperation with the Mart of Trento and Rovereto. Beginning from the major work, Il Grande Cretto di Gibellina, the exhibition traces Burri’s artistic production through a selection of exemplary works, interpreted in relation to the idea of the wound, which Massimo Recalcati identifies as a constant theme pursued by Burri throughout his career, carving into his materials, as well as ripping, cutting, cracking and burning them in new and original ways that indicate the genesis of a spiritual process.

The exhibition is supported by Fondazione Palazzo Albizzini Collezione Burri, the Region of Sicily, the Municipality of Gibellina and Fondazione Orestiadi.

The exhibition itinerary culminates with Aurelio Amendola’s black and white photographs of the Grande Cretto, specially commissioned for the project. Amendola, the pre-eminent photographer of Burri’s art and creative process, took the photos in two shoots: in 2011, and then in 2018, after the 2015 completion of the work. In addition, the video by Petra Noordkamp, produced and presented in 2015 by the Guggenheim Museum in New York for the major retrospective The Trauma of Painting, shows Burri’s work and the surrounding landscape in a poetic account of great technical skill.
Masterpieces from the exhibition include not only examples from Burri’s Cretti but also from the series Sacchi/Sacks, Catrami/Tars and Plastiche/Plastics, as well as a selection of graphic works interpreted by Recalcati, a celebrated psychoanalyst.
‘It’s a wound that’s everywhere, that trembles everywhere. A shock, a torment, the collapse of infinite and ungovernable cracks.’ As Recalcati wrote in Alberto Burri e il Grande Cretto di Gibellina
‘In Legni/Woods, the wound is generated by fire and the carbonisation of the material but, above all, by the remains that survive burning. In the Combustioni/Combustions, the crumbling of matter, the manifestation of its very human friability and extreme vulnerability, is restored with great poetic and formal balance. This is also true of the Plastics, where, once again, it is the use of fire that inflicts the burn of life and death on a weak and low-grade material such as plastic.’

To mark the exhibition, Magonza publishing house has produced an important large-format book printed on high-quality paper, which contains unpublished accounts and research on Alberto Burri, his work and Il Grande Cretto di Gibellina. A new essay by Massimo Recalcati includes further developments in his research, together with commentaries by art historians, namely Gianfranco Maraniello and Aldo Iori. 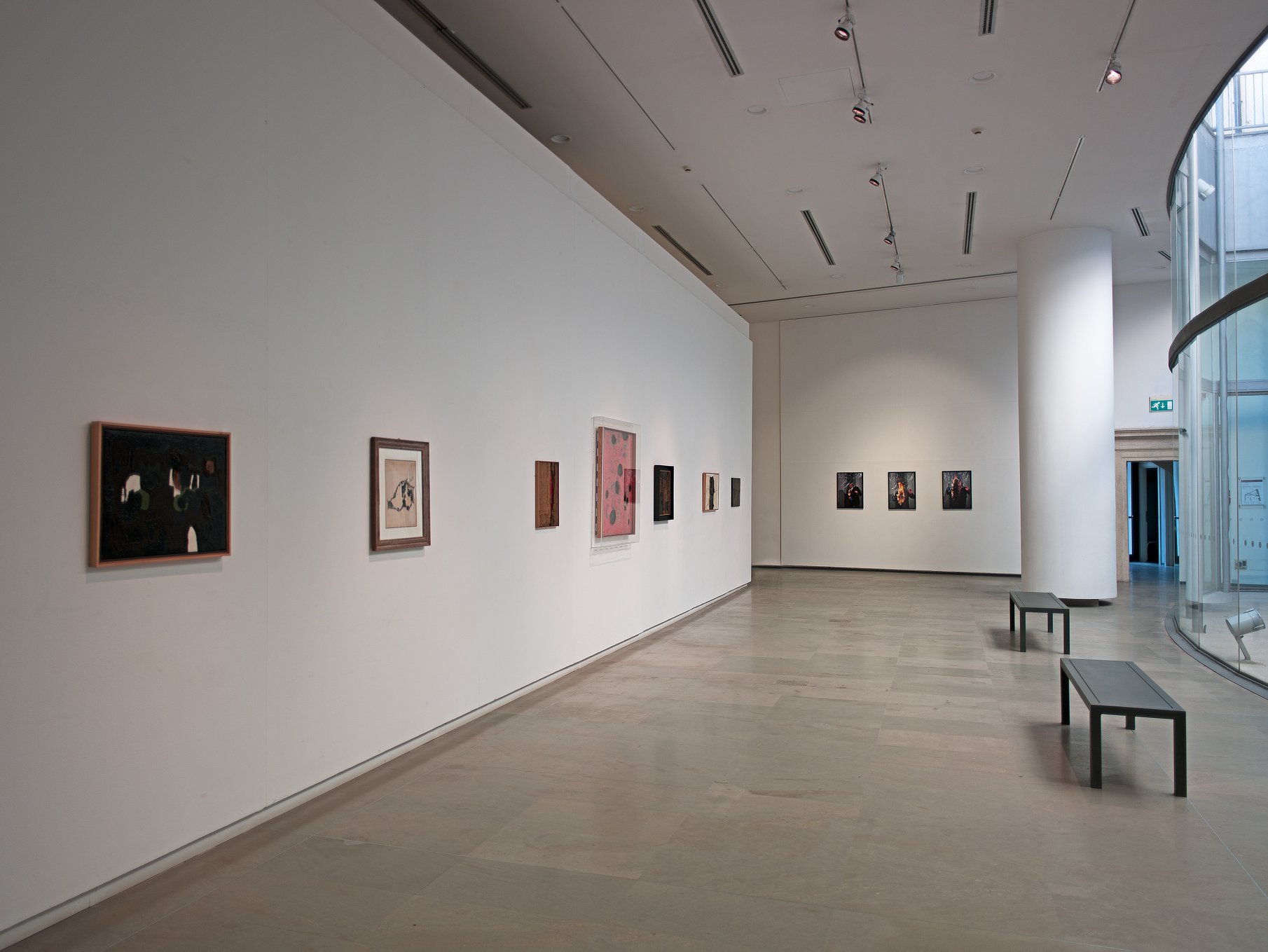 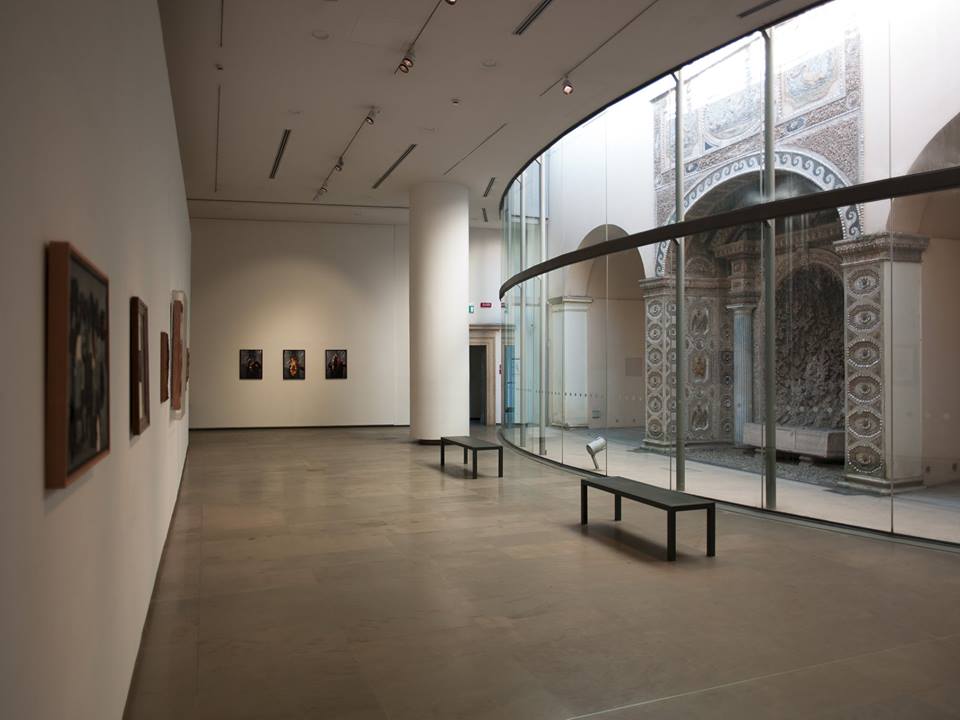 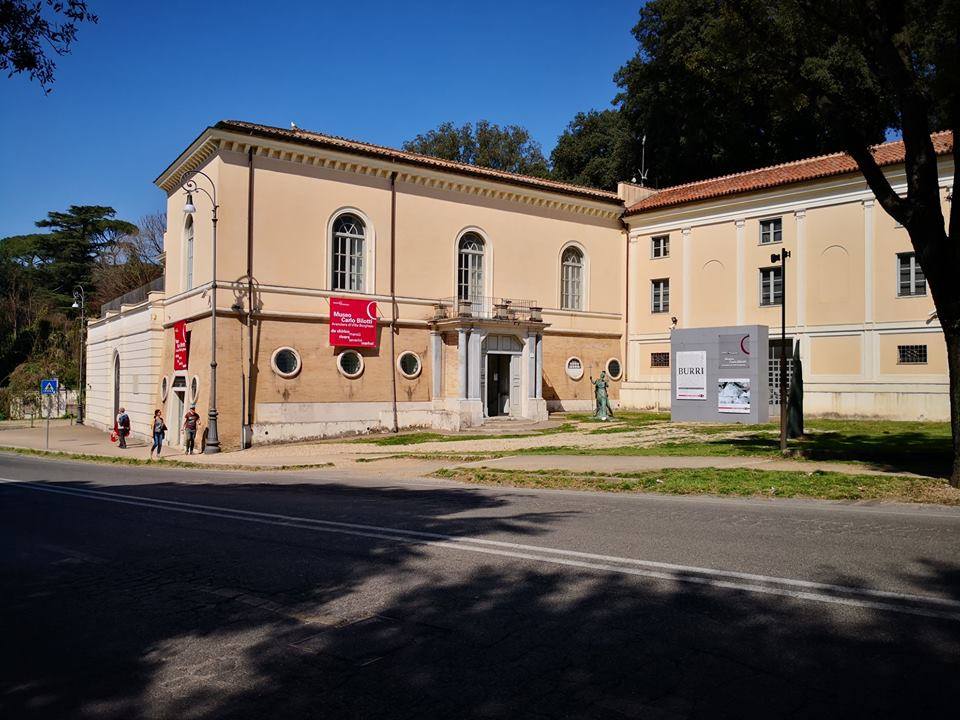 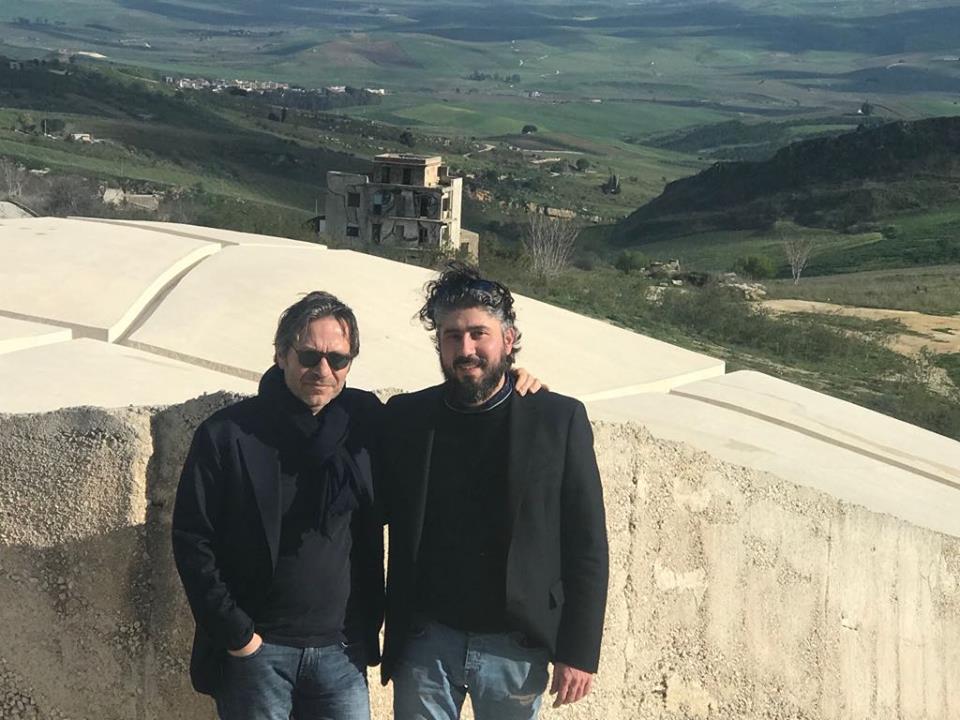 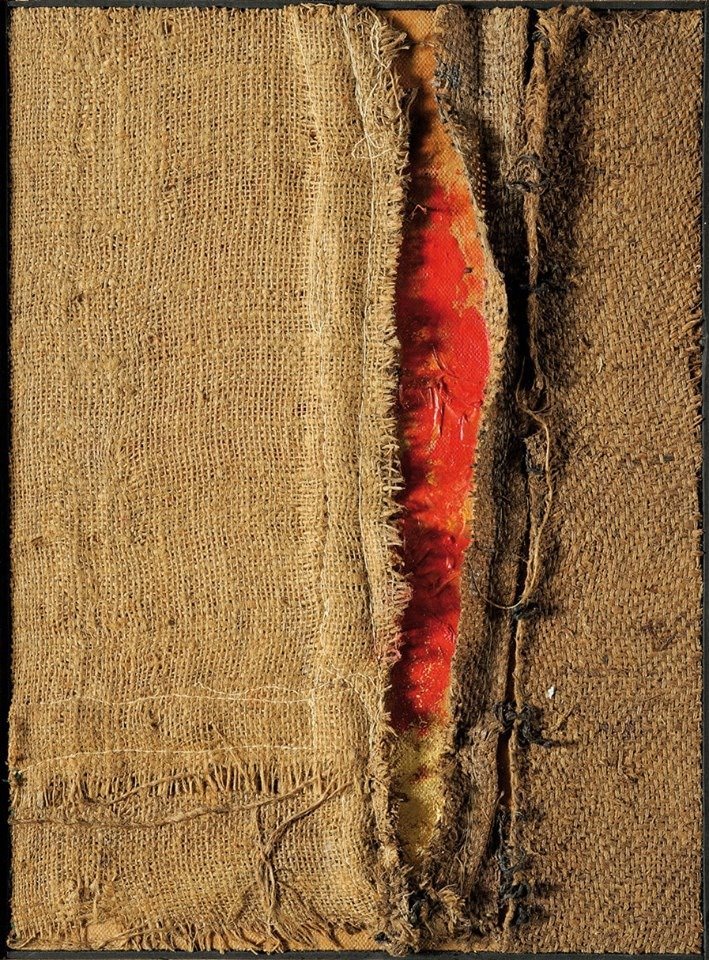 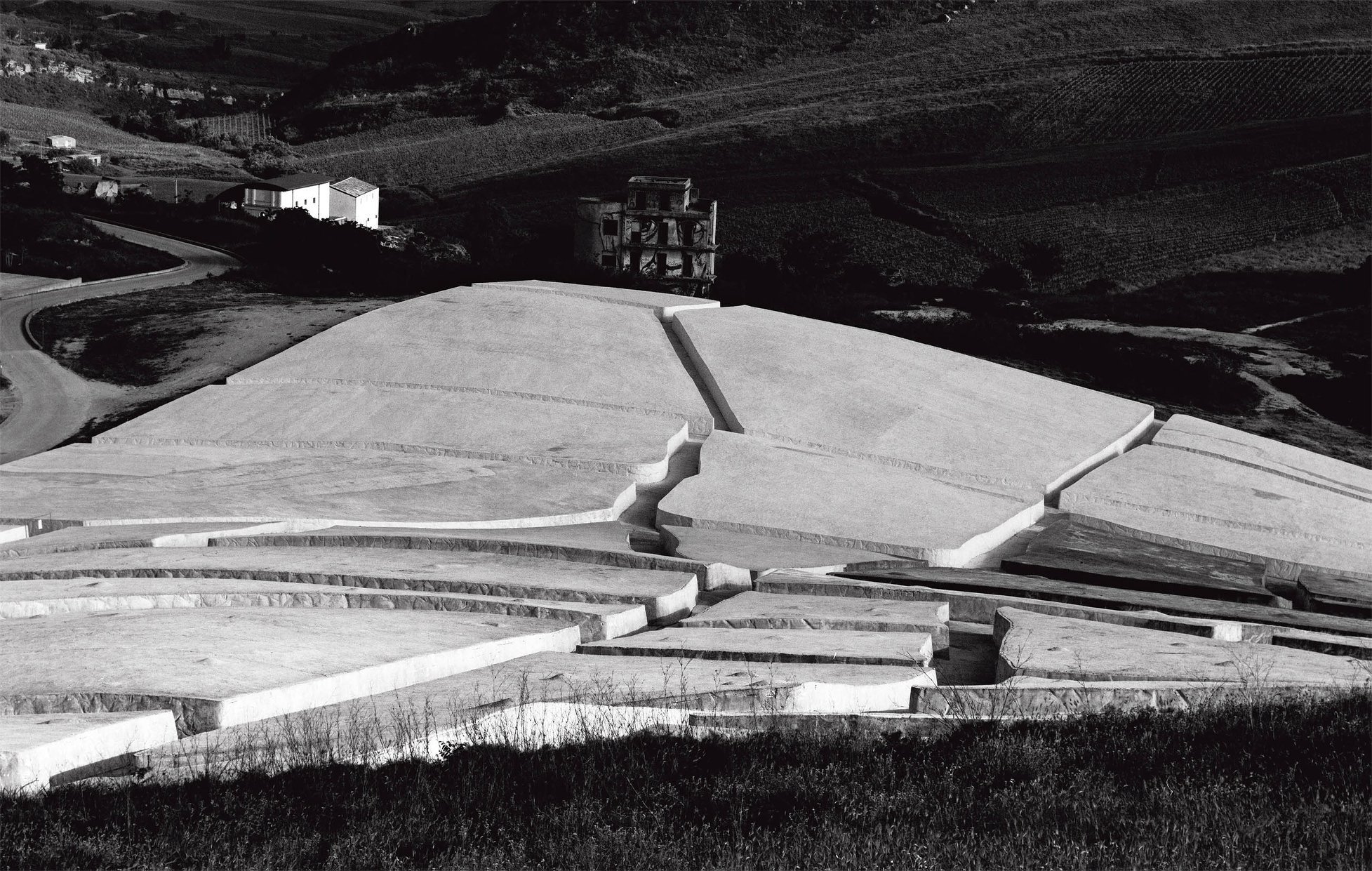 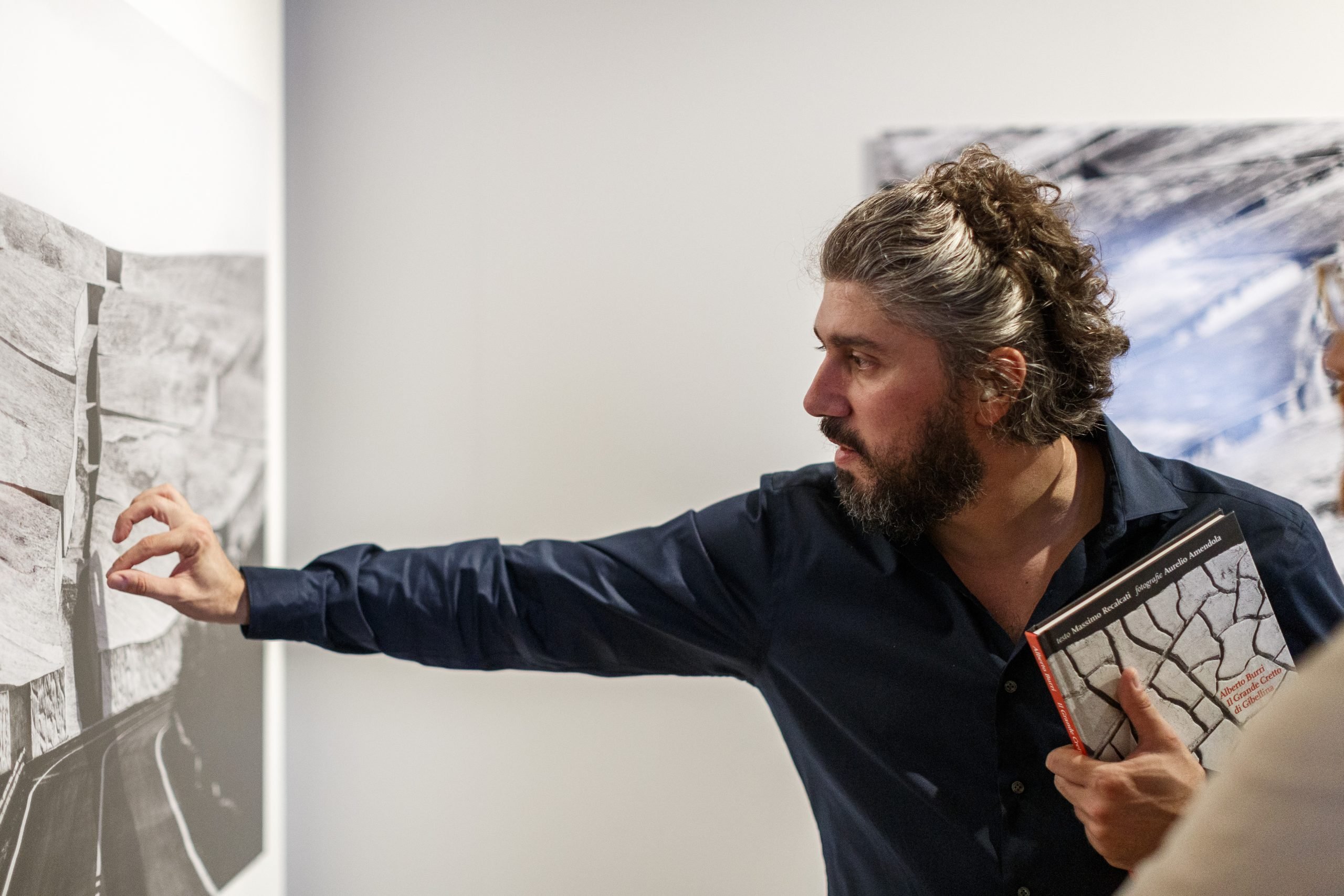 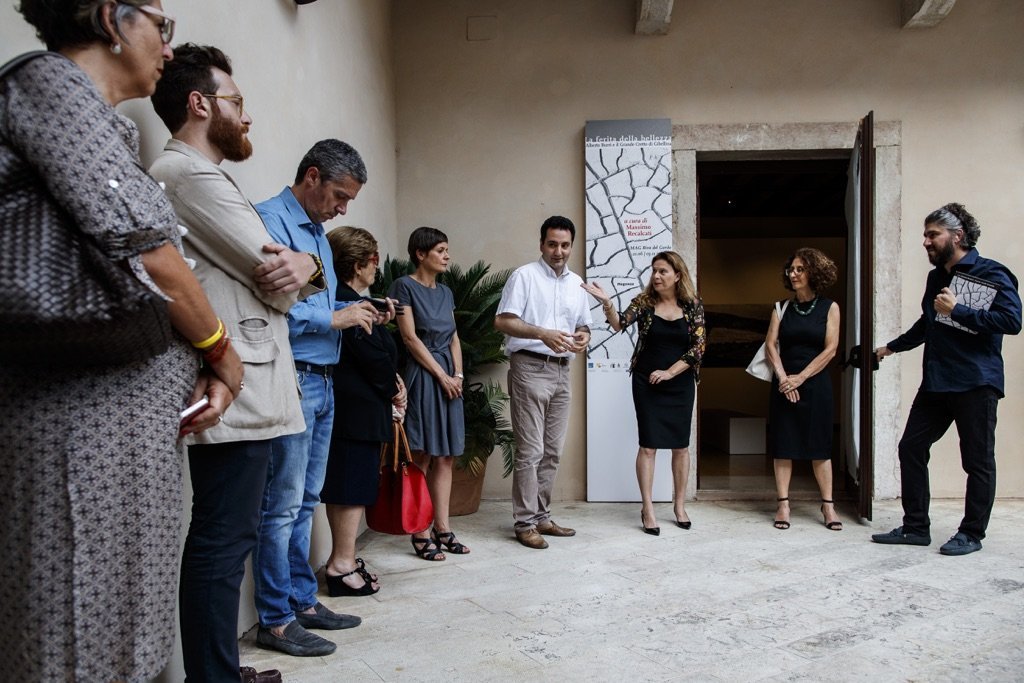 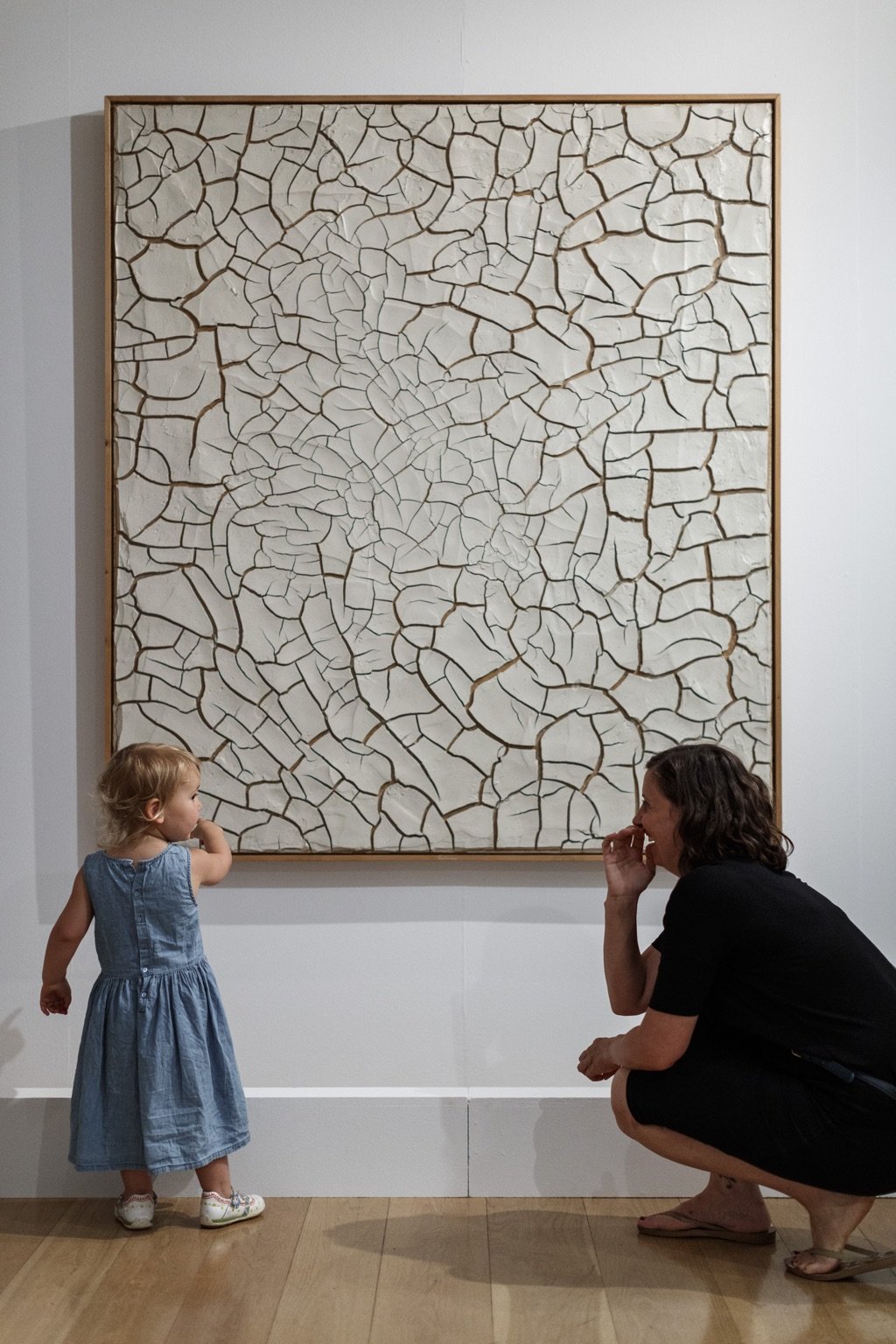 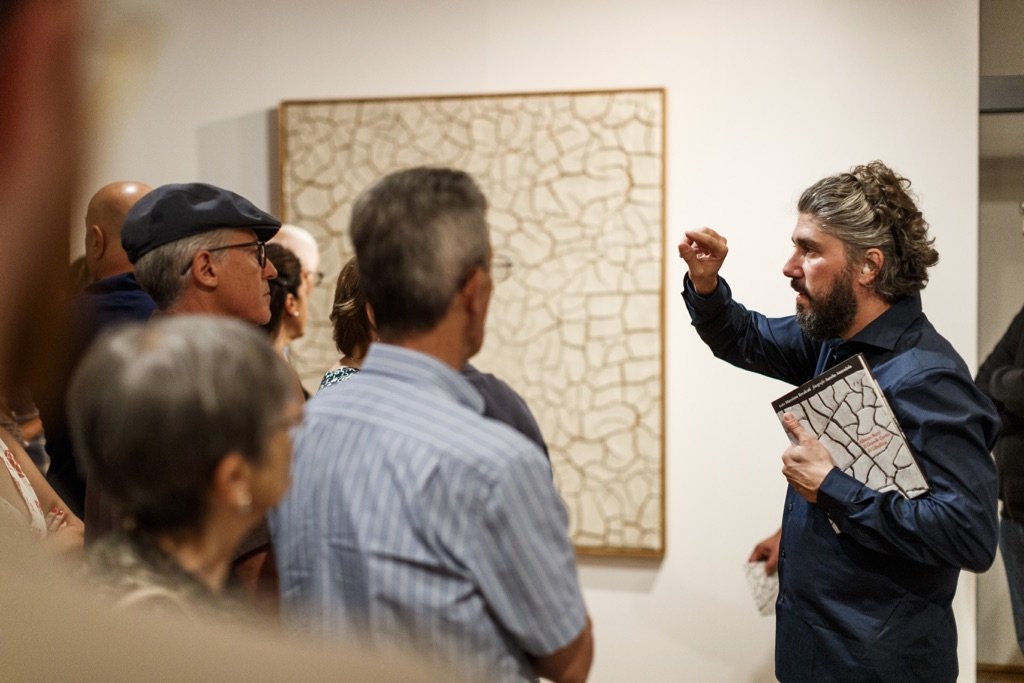 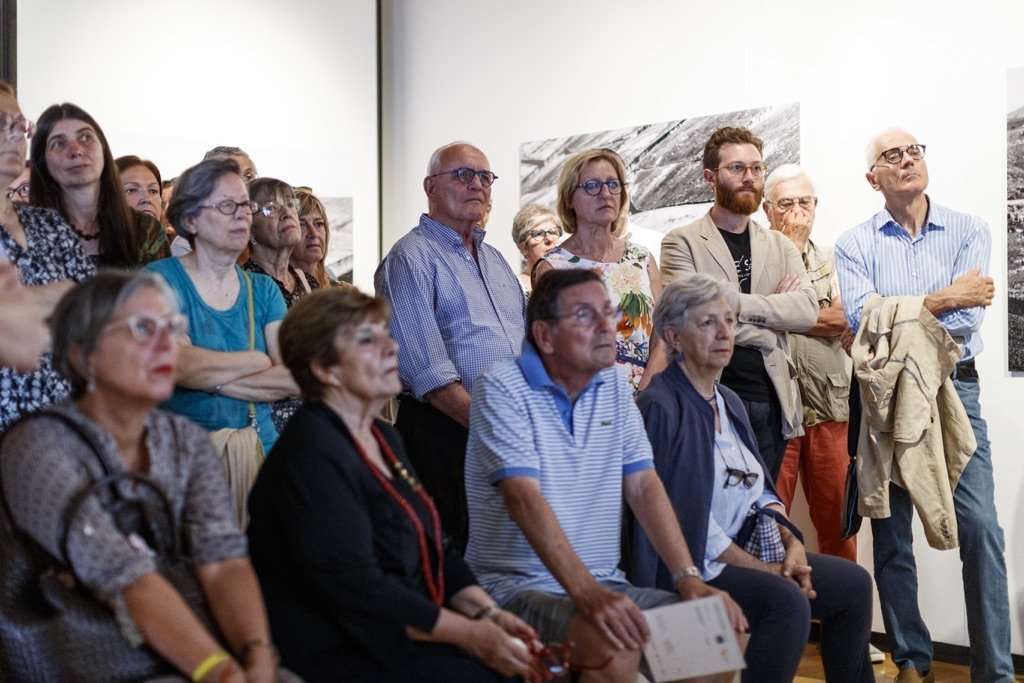 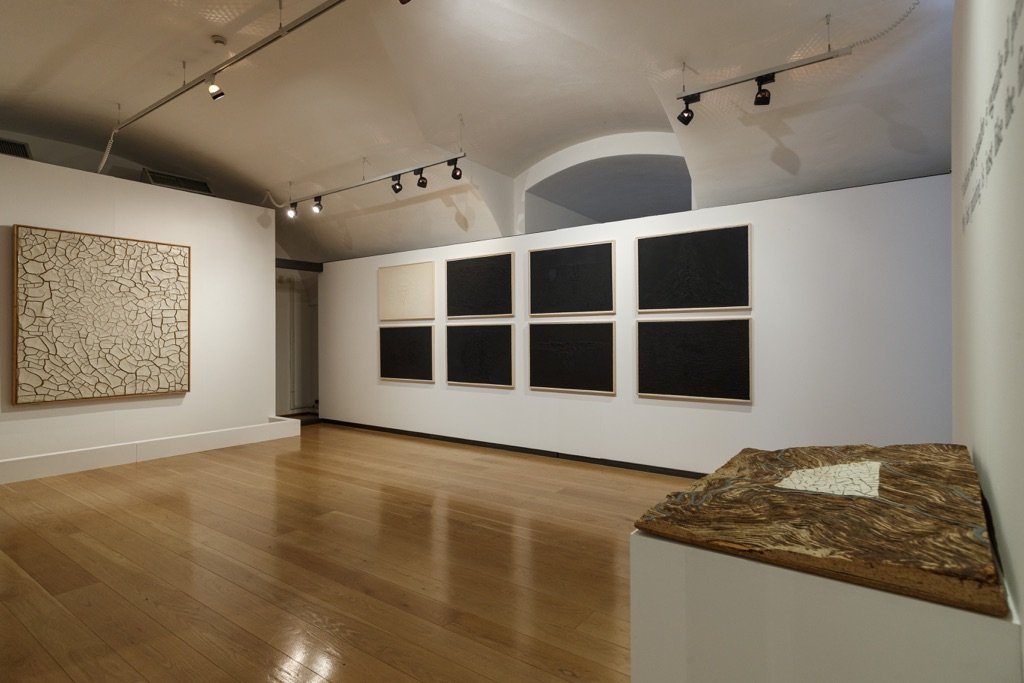 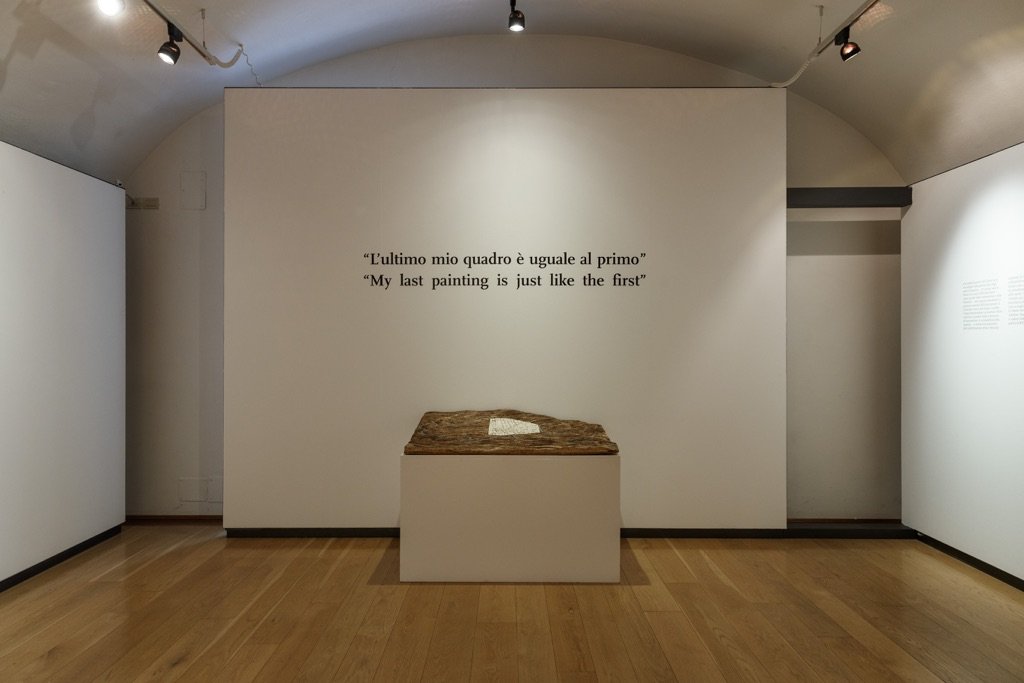 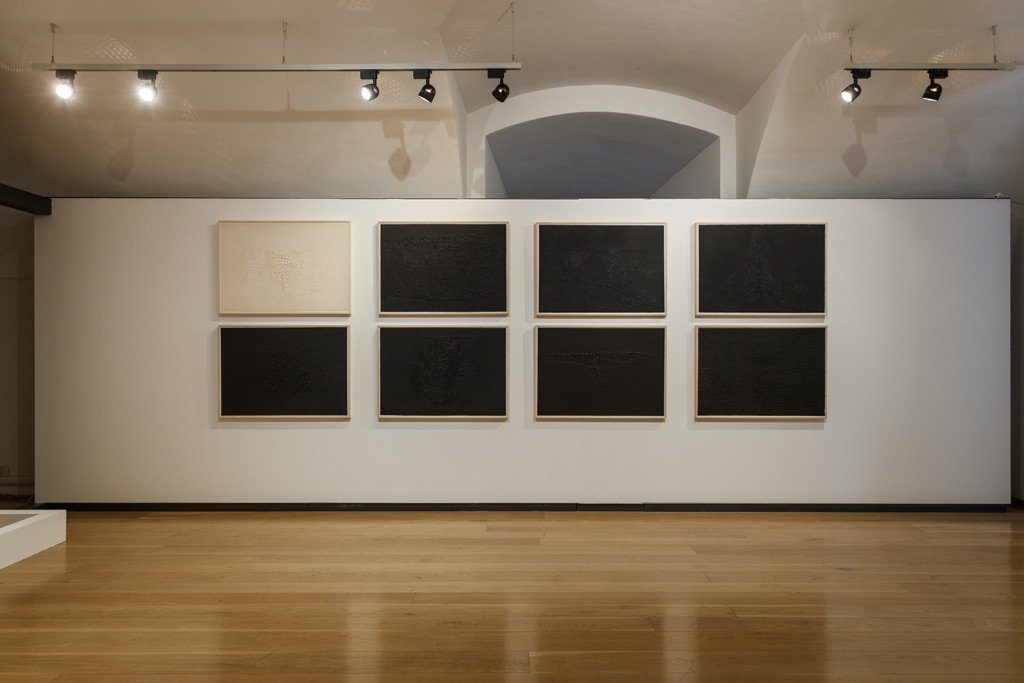 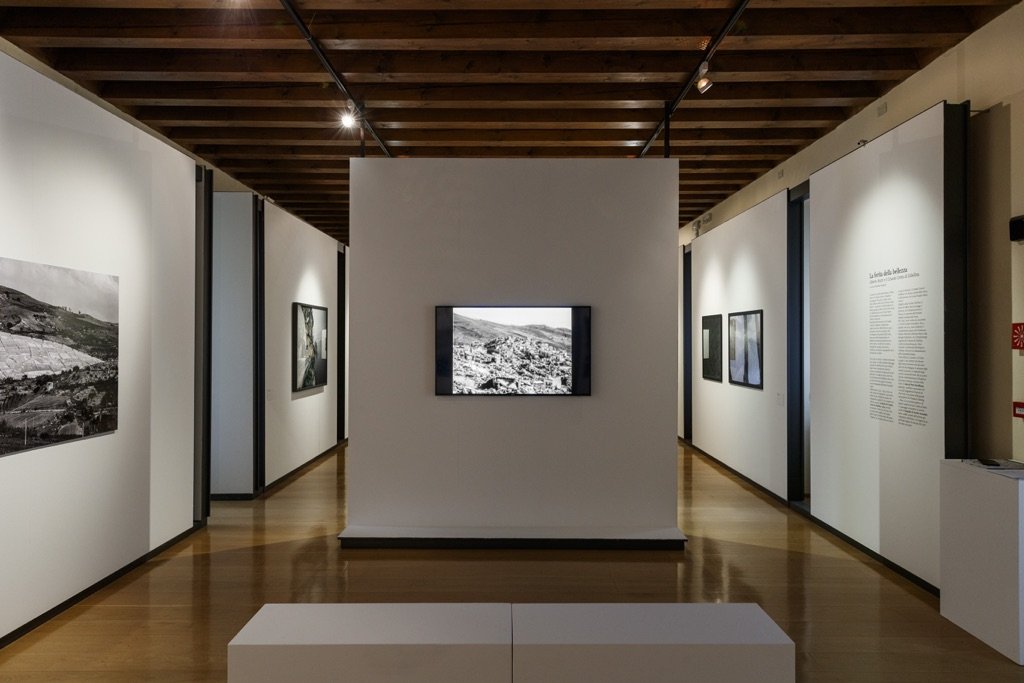 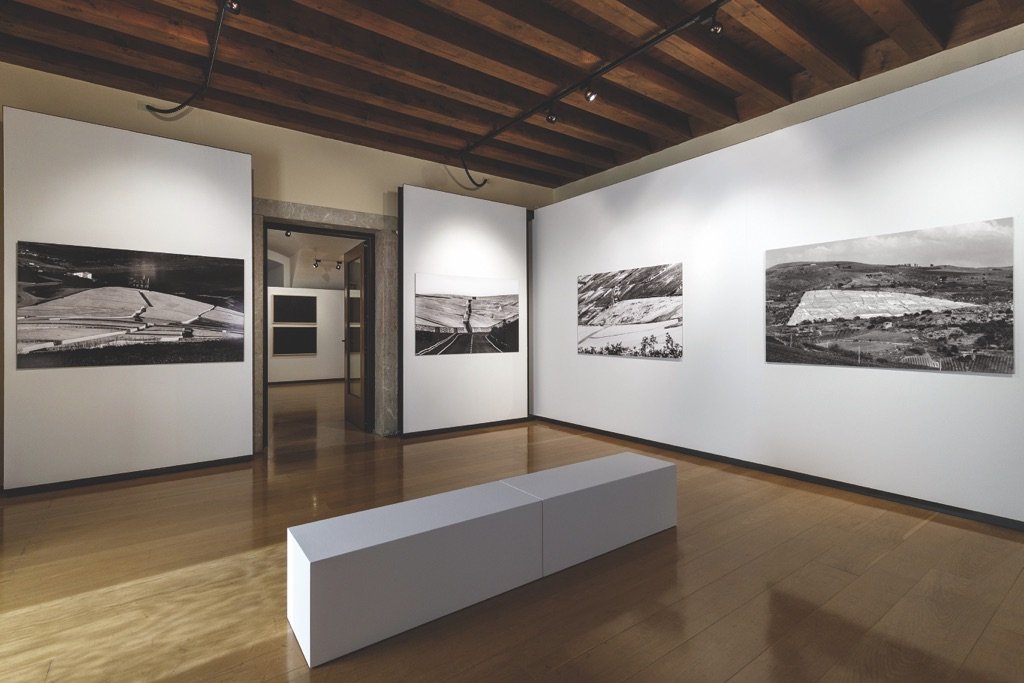 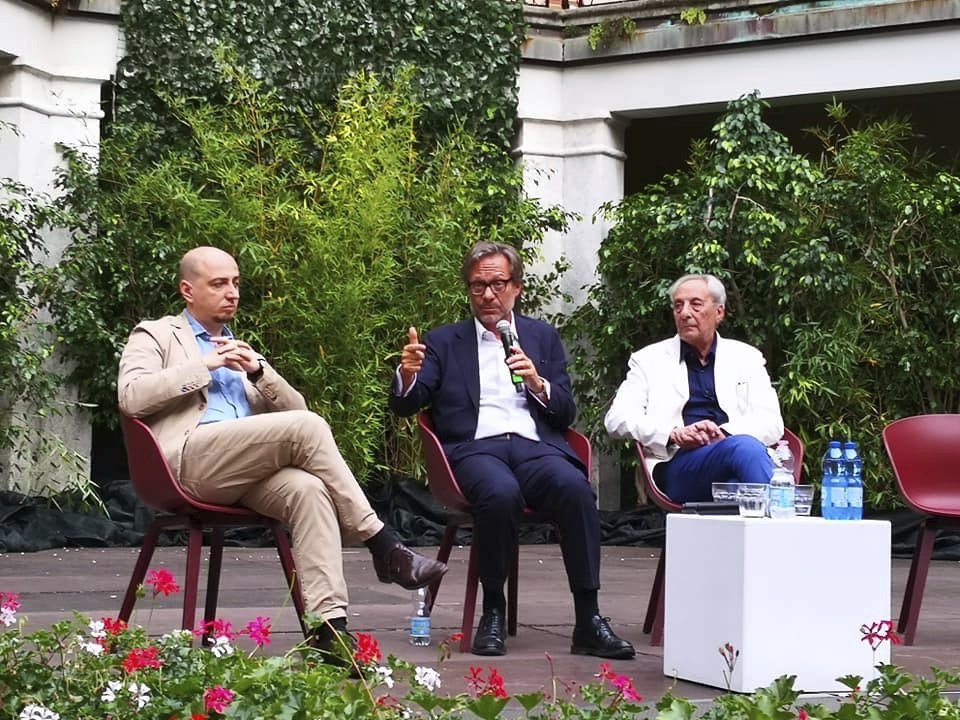 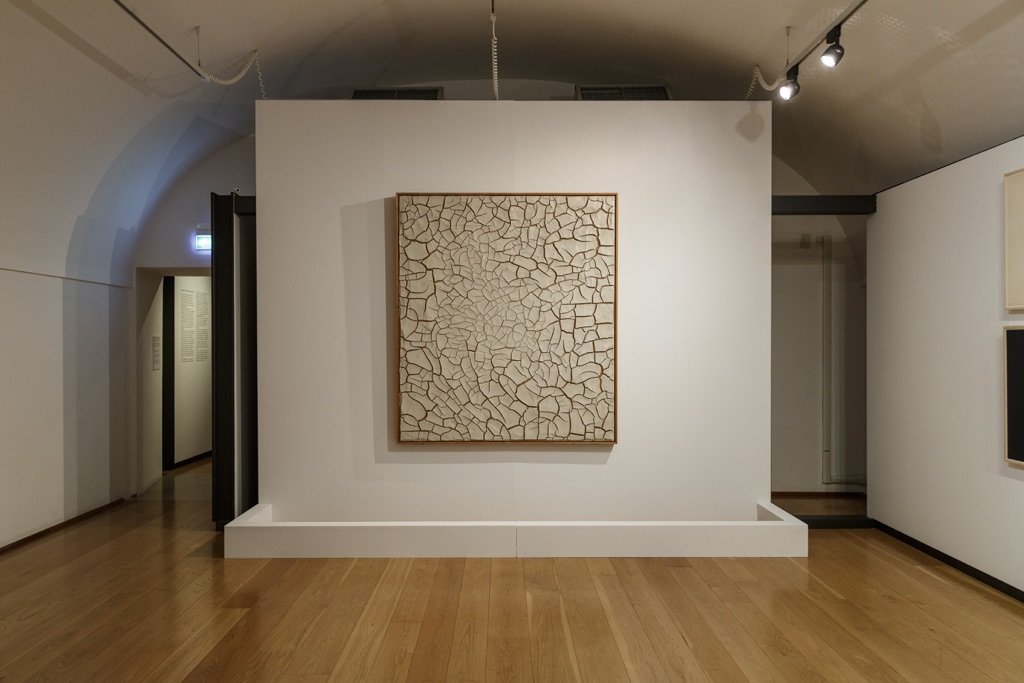 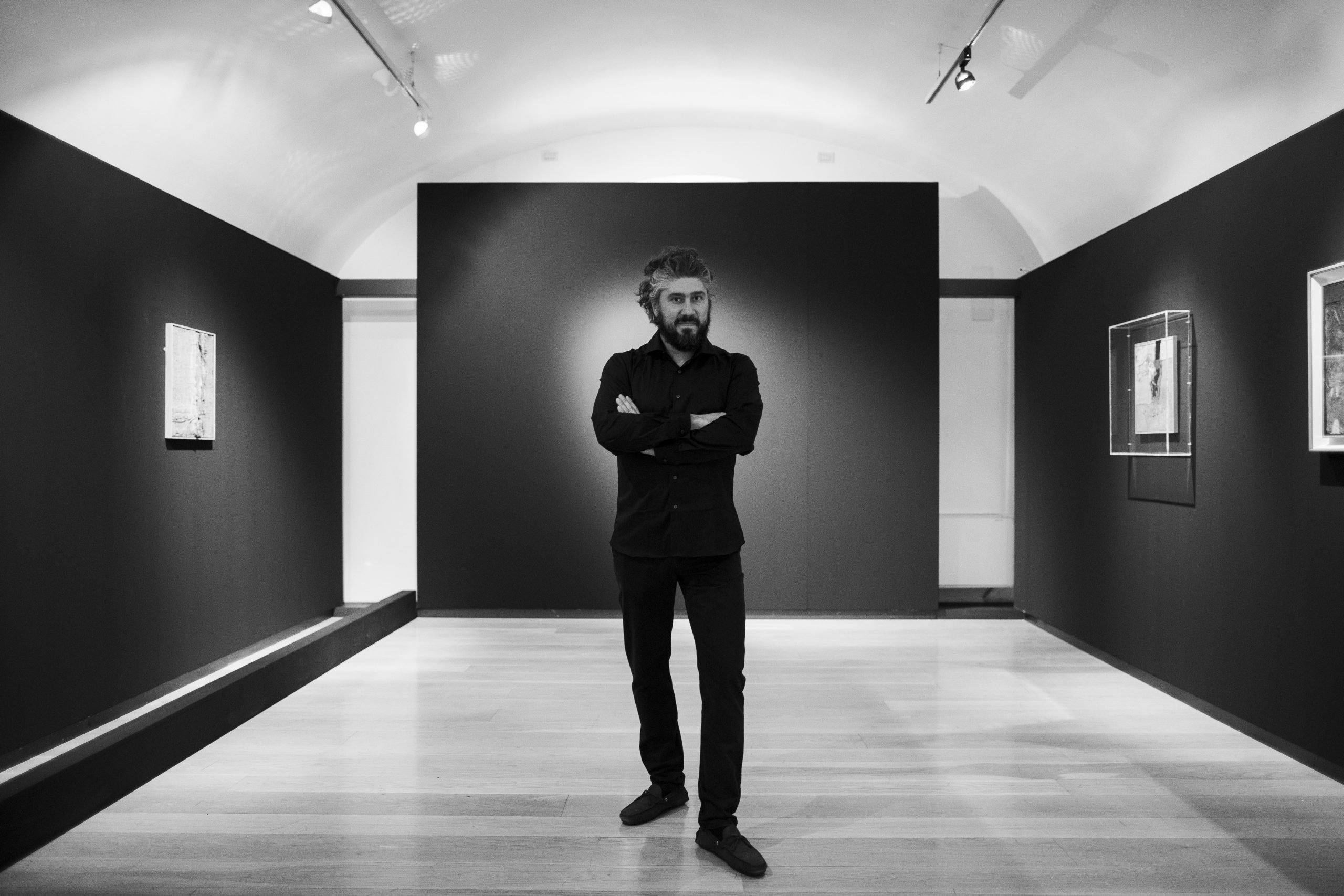 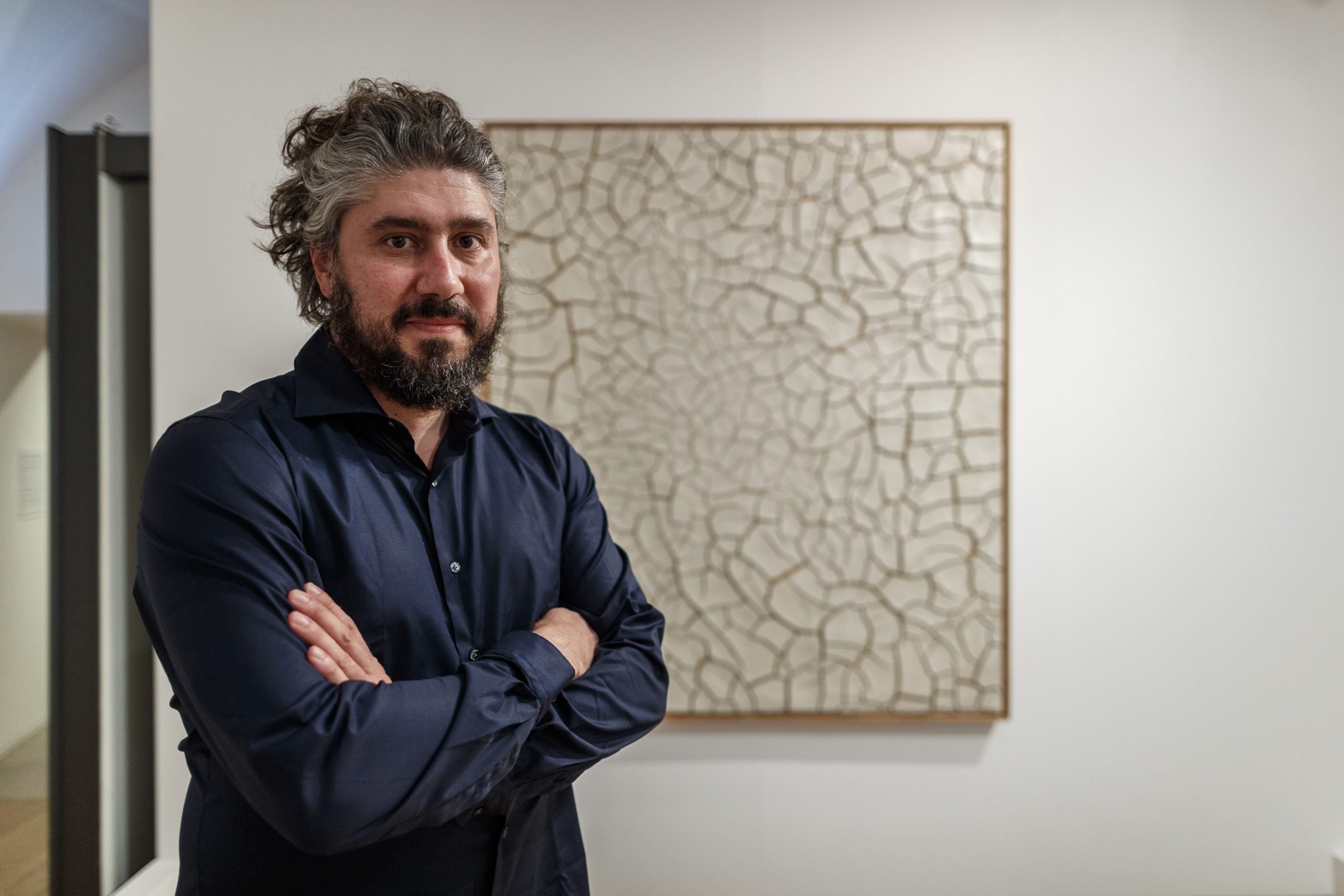