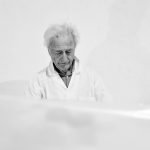 Paolo Icaro’s solo exhibition tales place in the historical Palazzo Vitelli alla Cannoniera, in the rooms, the loggia and the Italian-style garden of the prestigious gallery, the setting of a large installation.

The exhibition is an opportunity to reflect on the work of Paolo Icaro (Turin, 1936). The language of the artist developed between the Sixties and Seventies between Italy and the United States (where Icaro lived for more than a decade) shortly after the flourishing of American neo-avant- garde, and represents an important contribution to the renewal of contemporary sculpture. Icaro’s work witnesses movements and seasons that are crucial to Italian and international art, starting with Arte Povera – Icaro took part in the first exhibitions dedicated to the movement, without ever fully embracing it. The artist later elaborated an autonomous and original identity, which has placed him at the centre of critical attention since the Sixties and which today makes him one of the most important Italian artists active on the international scene.

Unending Incipit unfolds from some emblematic aspects of Icaro’s poetics: the idea that sculpture makes/builds space instead of occupying it and, at the same time, reinvents time, the idea that sculpture, accepting the becoming of matter as its own condition, is the place where the past is renewed in a continuous, endless present; the autobiographical and vaguely narrative dimension to which some works allude; the written word as a recurring element in many of Icaro’s works –understood as a sculptural gesture, a trace of a minimal manual skill capable of expanding the body of sculpture beyond its materiality –; the upward tension together with the desire for a propagation beyond the physical limitations of the work, as if the object were the place of encounter between the measure of a human limit and the infinite.

These are the suggestions that influence the choice of the works on display and the exhibition itinerary, conceived – one work for each room – as a dialogue and a lively exchange between different moments of Paolo Icaro’s career, between the different materials used by the artist (plaster, wood, glass, steel, etc.), and between “inside” and “outside”, interior and exterior. Thus the sculptures and works placed in the Gallery’s interior spaces are echoed by the site-specific work located in the Gallery’s garden. “Once upon a time” is the beginning of all the tales the artist has ideally written on a series of large wooden boards, obtained from two oak trunks, installed vertically, like pages of a single book scattered in space.
The exhibition is accompanied by a precious limited edition catalogue published by Magonza, with critical contributions by Davide Ferri, Saverio Verini, and a rich iconographic apparatus of the works on display, photographed in situ by Michele Sereni.

The exhibition venue
The Municipal Painting Gallery of Città di Castello is housed in the Renaissance palace, built between 1521 and 1532 and completed in 1545, which was the home of Alessandro Vitelli and Angela de’ Rossi. Together with the National Gallery of Perugia it contains the main art collection of the Umbria region, including some important examples of Renaissance and Mannerist painting, including some of the very first works by Raphael and Signorelli. The main facade of the palace, which opens onto the Italian garden, is decorated with marvellous graffiti by Cristoforo Gherardi and helpers, based on a design of Giorgio Vasari. The Gallery has hosted important exhibitions; the
restoration of the east wing of the building, which took place in 2005, has allowed to open up to contemporary art with solo and collective exhibitions of both historical and new generation artists. Among the exhibitions held: Prima di Burri e con Burri (2005), Josef Albers. Arte come esperienza: i metodi di insegnamento di un maestro del Bauhaus (2013), Segno Forma Gesto (2014), Carlo Zauli. I bianchi (2015), Governare il caso. L’opera nel suo farsi dagli anni sessanta ai nostri giorni (2015-16), and the first appointment of the project Extramuros, titled Violenti confini (2017). 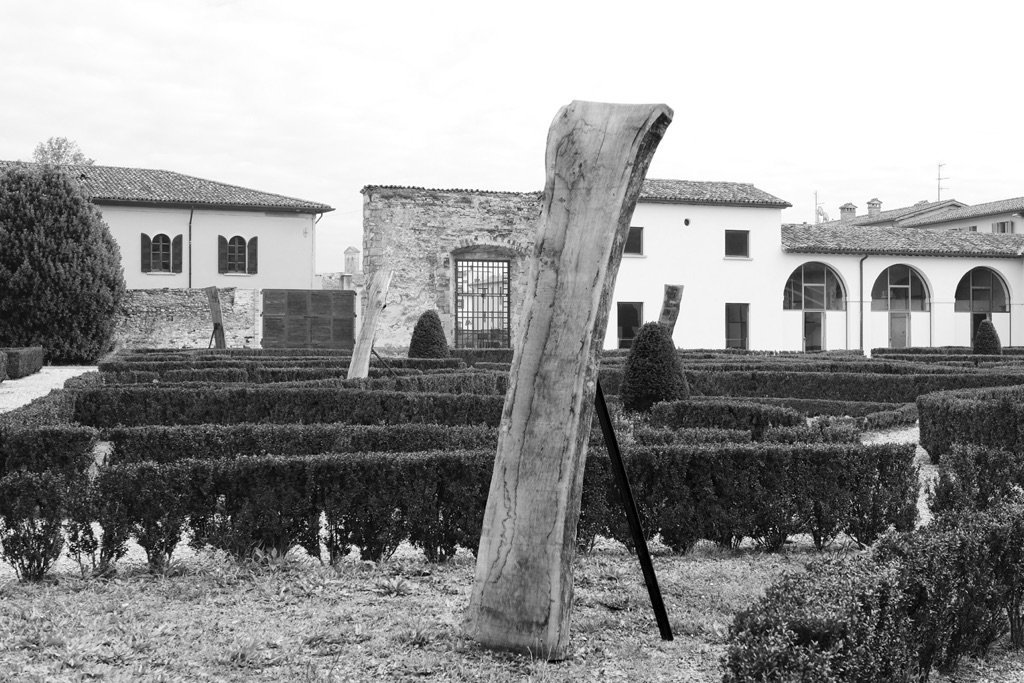 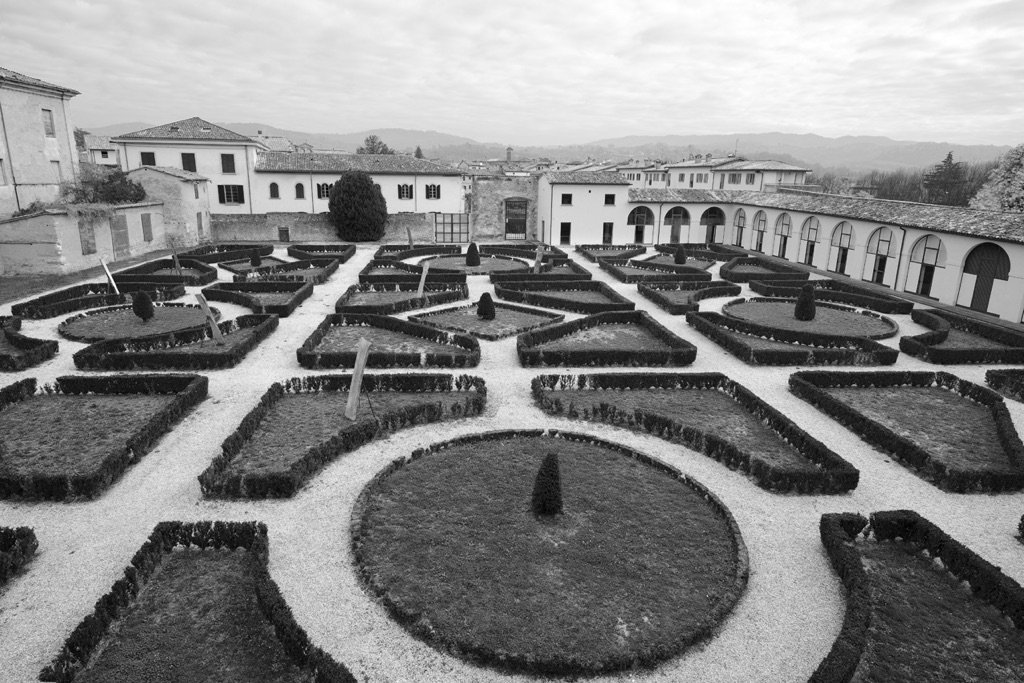 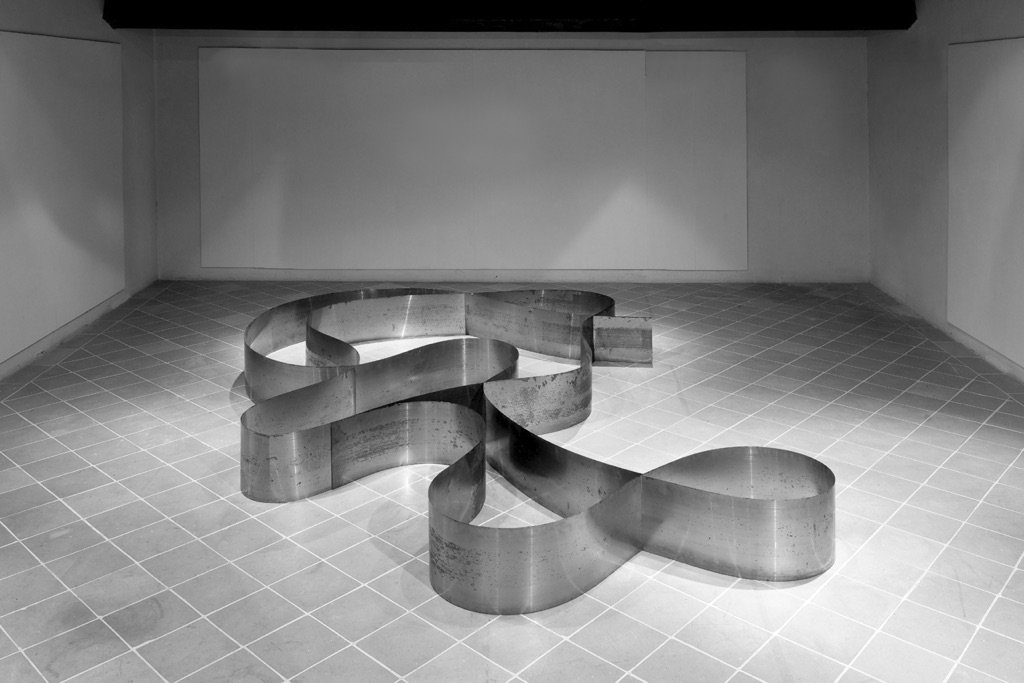 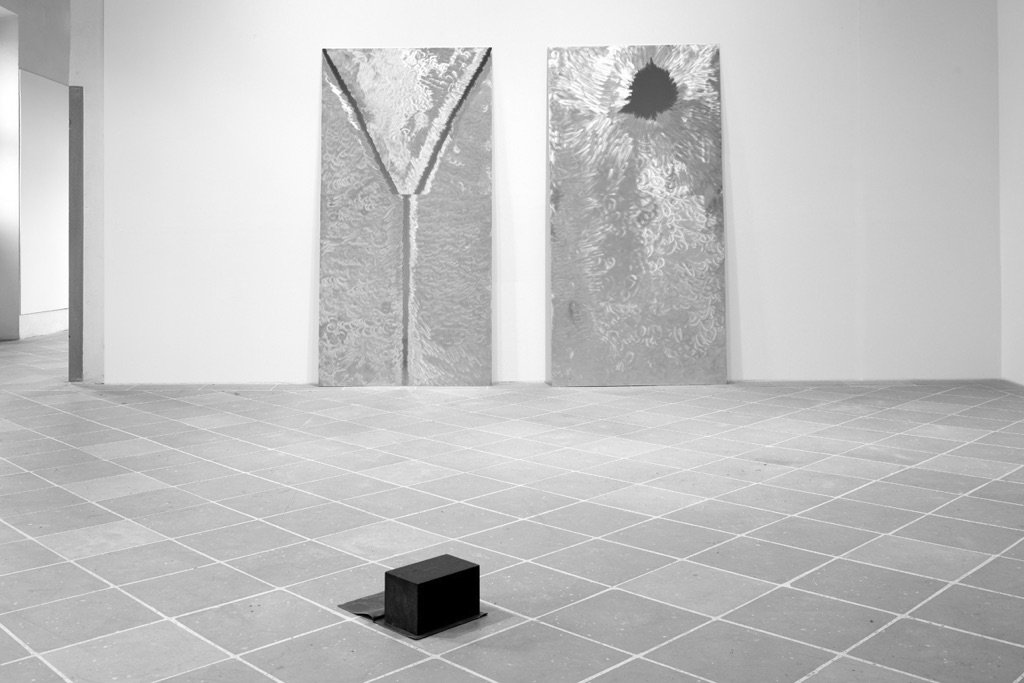 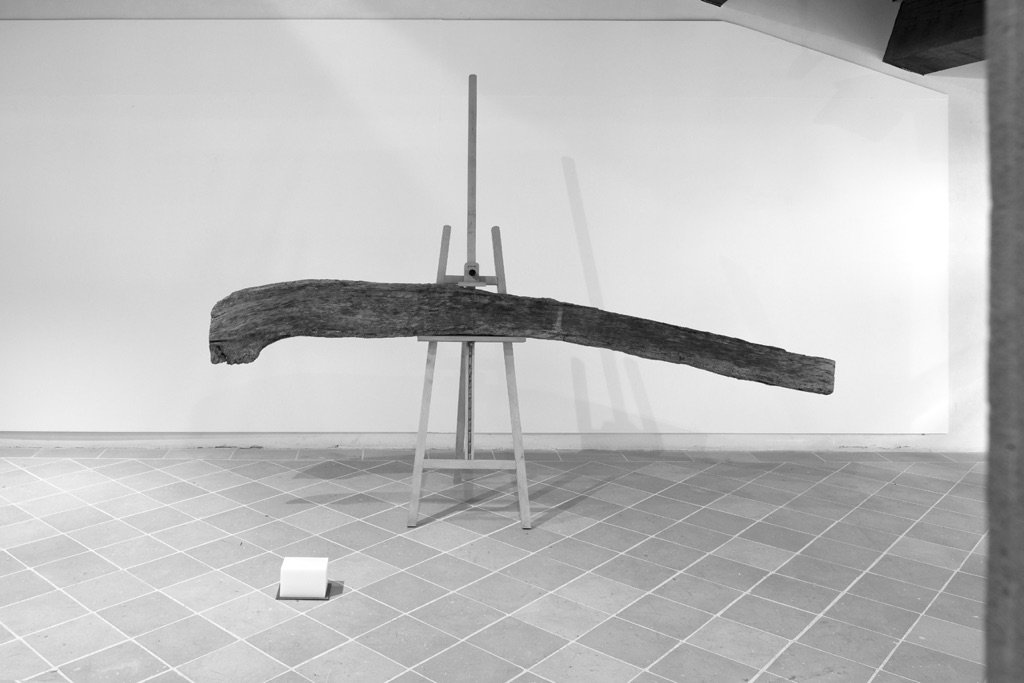 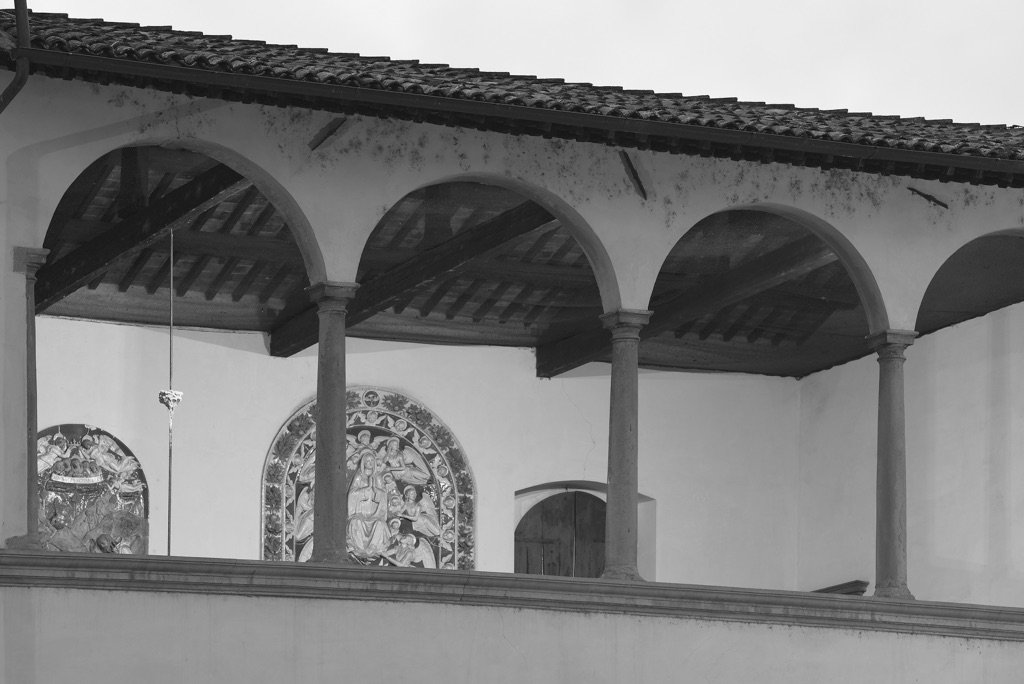 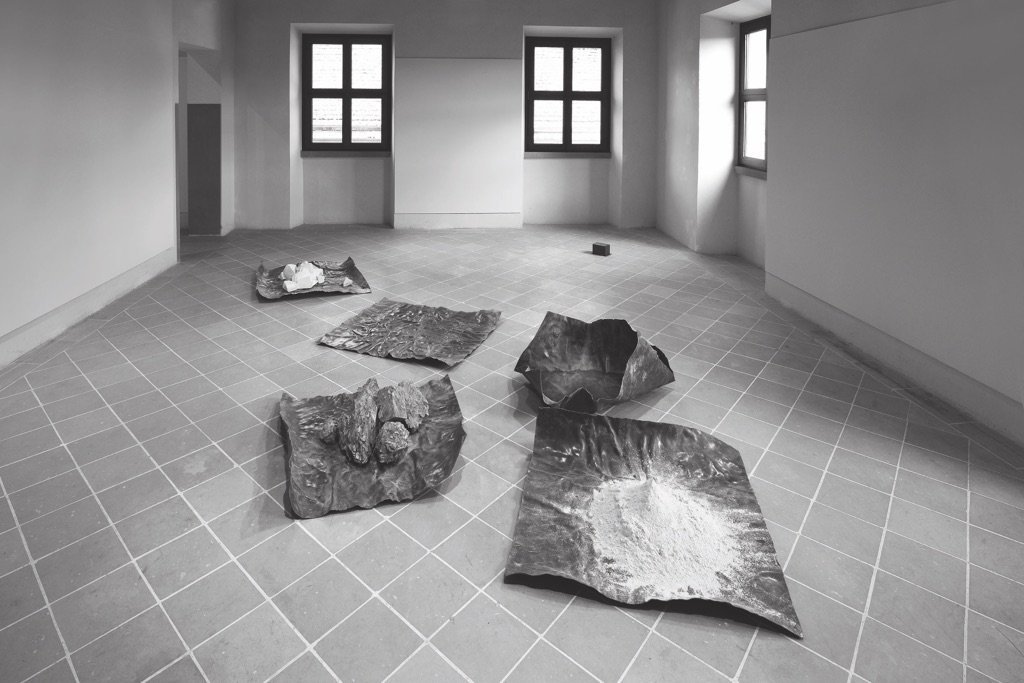 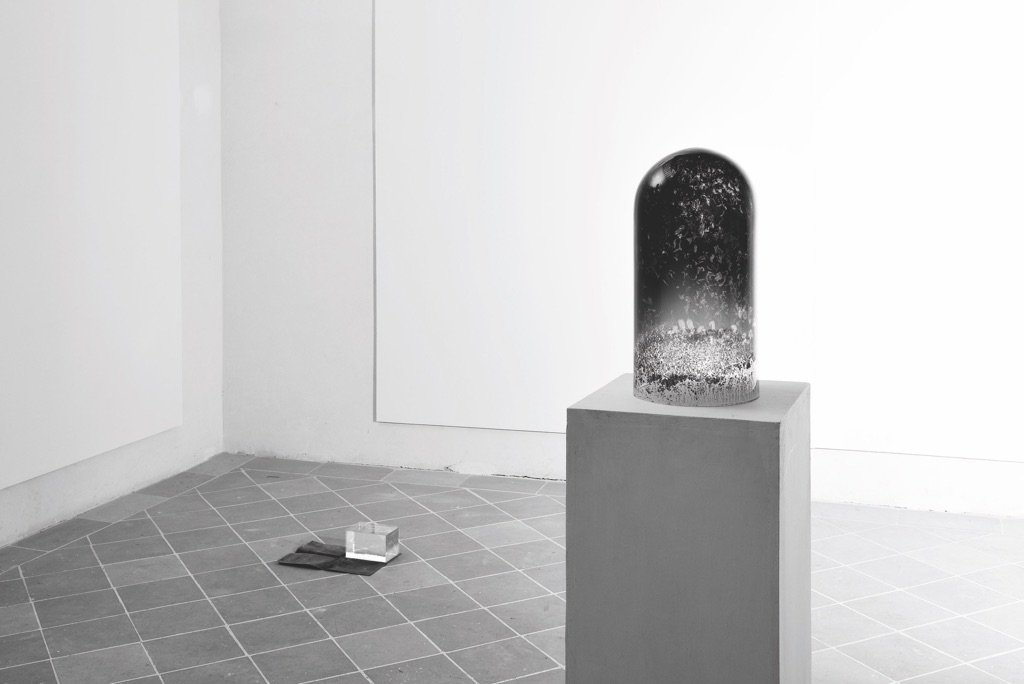