ON CLAUDIO PARMIGGIANI: The Trauma of the Work: Scream, Fire, Sphinx

No work of art exists that is not related to a trauma, to the insistence of an encounter that upends our habitual relationship with reality and that will not let itself be forgotten. What is real in a trauma forces a disruption of the order of reality. Its status is that of an irreducible alterity that shatters one’s symbolic grasp of the world. In the same way, the poetic force of a work of art withstands any hermeneutic attempt at decipherment; it can never be encompassed by a signification that is univocal, definite, established, or by a translation to be recognized as legitimate; rather, it anarchically opens out wide each time onto the infinite multiplicity of an incomplete, untranslatable universe of significations. Consequently, the ultimate essence of a work of art is, according to Parmiggiani, a silence and an enigma. Freud also pointed this out, when he noted the inevitable discrepancy and disproportion between an artist’s intention and what it produces. Indeed, Parmiggiani observes that every work of art remains an enigma first and foremost for its creator, who stands before his creation like a man before a locked room to which he does not hold the key. This is the way to proclaim the close bond that unites a work of art to the unconscious. To a painter, he writes, art means “Constructing Sphinxes”. The crux of Parmiggiani’s poetics: a work does not manifest but embosoms, does not express but safeguards the ineffable; does not exhibit but conceals; does not reveal but preserves the inviolable; does not give access to mysterious truths but testifies to their inaccessibility. Its relation to the unconscious is a relation that is expressed not in terms of a topological separation between surface and depths, visible and invisible, light and shadow, the conscious life of days and its interruptions; it takes shape, rather, as the silent presence of what is secret. All of his art outlines this Real that is not susceptible to the symbolic, that lies beyond the theatre of representation. In this sense he attributes to works of art the job of confusing, disrupting, altering the ordinary framework of reality. If, indeed, the plane of reality has the characteristics of permanence, of the reassuring persistence of the habitual, a work of art is an event that bursts upon one as what subverts the theatrical representation of reality. It inflicts a gash, a traumatic rupture, a breach in the uniform, established scheme of the worldliness of the world.

A piece has to be violent. It has to be like a punch in the stomach. Silent but hard, hard but silent, like a fire beneath the ashes, obscure, growling. (Claudio Parmiggiani) 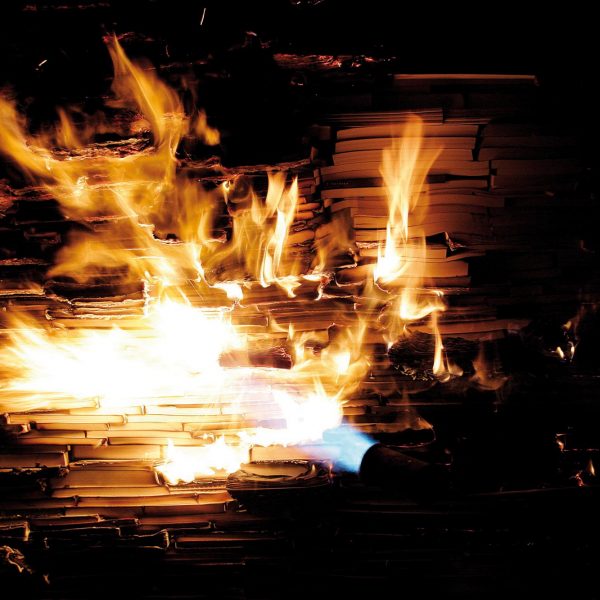 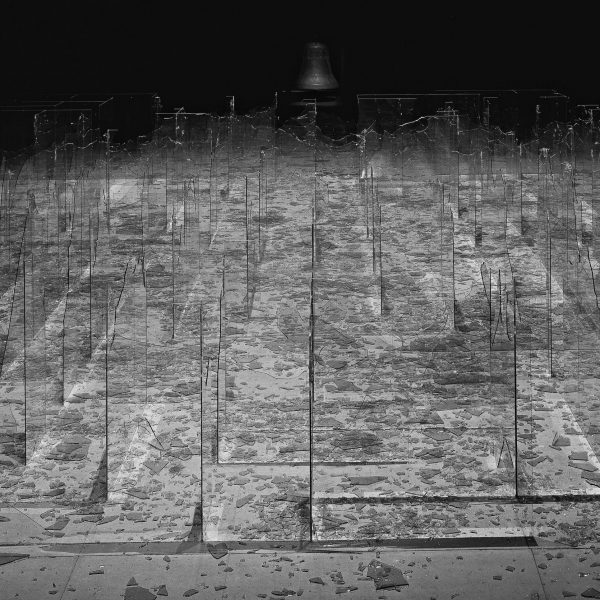 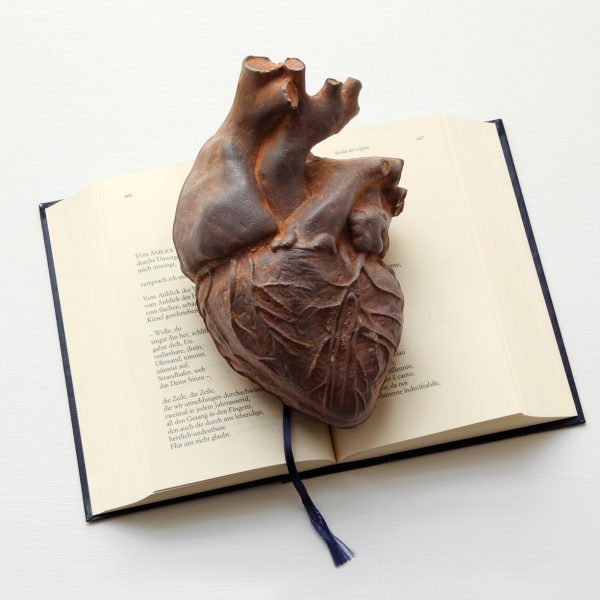 The trauma of a work of art drains reality from the real: the intrusion of the real undoes the canonical order of reality, constraining us to view the world through different eyes. This is a disturbance that in a work of art – unlike what happens in a trauma in the clinical sense – gives rise to an unprecedented, hitherto unseen, unknown and unthought-of form of the world. This means that, whereas in its psychopathological manifestation the trauma plants only an inert and baneful repetition of Itself, its aesthetic manifestation can, rather, generate new forms, can transfigure Itself into something unique, the dramatic monotony of repetition into a beat, into a breath, into an unforeseen vision. A work as an event thus becomes an encounter that neutralizes the (defensive) border of reality. The possible gives way to the impossible: in place of the quiet slumber of reality comes the flash of an unthought-of image, the collision with the unexpected that unsettles the settled. If, in the routine of reality, as Lacan notes, we are all asleep, an encounter with a work of art is an encounter with something real that stirs us to a traumatic awakening. This is what happens when dreaming strays into a nightmare: the calm of sleep is agitated by the intrusion of an otherness that drives us to an anguished awakening. We must stop sleeping to return to the world as a fact from which the comfort of sleep has removed us. Parmiggiani expresses it in his own way: before a work of art, he writes, “you can only remain silent, as when you witness a fire.”

The neutrality of the representation of reality that characterizes the traditional version of a picture is shaken by a profound disturbance. The enigma of the work unravels the familiar webs of signification. This process corrodes the established, conventional language but can occur – as any great artist knows very well – only through language. Parmiggiani is never content with the reduction of being to its mere presence, does not accept as an ontological datum the naming of things as fixed once and for all by the ‘Code’ of language. Rather, he constantly works that presence by plying the blade of absence. The requisite silence before the fire of the presence generated by the work as event reflects the imminence of this ever-looming absence. Indeed Freud himself once compared the opposition between the Real and reality to the outburst of a sudden (real) fire that sneaks up and surprises us as we sit back enjoying a show at the theatre (reality).

This distinction between the real and reality is crucial in the works of Parmiggiani. He grasps perfectly the heterogeneity distinguishing the traumatic (real) status of a work of art from the “theatrical” plane of reality, when, for example, he writes that the work “is the scream that explodes the perfect, Euclidean city of glass here before us”. The work is the traumatic scream of the real that blows up the Euclidean representation of reality. This is a scream that exposes all the fragility – in the nature of glass – of every purely representative, “theatrical” version of the world and of language. Glass is, in fact, one of the most significant materials employed in his works. In a piece entitled Labirinto di vetri rotti [Labyrinth of Broken Glass], of 1970, the artist constructs an extensive and labyrinthine architectural structure only to smash it with a club. The resulting fragmentation expresses the force of the collision of life not with conventional language but with the wall of language itself through the blows of its club, which exposes the separate, therefore deadly, nature of life, which, like the crystalline city constructed by Parmiggiani, is destined to be subject to breakage, fragmentation and dispersal.

In another very intense piece using glass, Untitled (1997), a large iron anchor is surrounded by great sheets of glass, again fragments: central to the artist’s concern is the extreme fragility of human reality as something adrift, exposed to – and with no shelter against – the traumatic impact of life and death. The anchor, then, seems to play the part of the scream, becoming a plea, an invocation crying out for support, for an answer, for a land that cannot be reached but is yearned for all the same, for a welcome ever expected and ever put off. All of Parmiggiani’s art rests on this fundamental, tragic premise: the encounter with the work reveals that which the theatrical presentation of reality hides; the existence of a Real that opens up to disclose before us “shards of shattered glass, rubble, a cry, the endless echo within the abyss of our selves.” If reality is – as Lacan tells us – a barrier, a bulwark against the inchoate and inscrutable nature of the Real, then a work of art becomes the traumatic index of this Real. What is in play, we thus see, is an epistemic fracture of which Parmiggiani is well aware. A work of art – in contrast to Alberti’s well-known definition – is in no sense a window upon the world; it is not the scene that reassuringly frames the phenomenon of the world for us to see, but, rather, the intrusion of the fire and the cry – of the cry of the fire? – that radically destabilizes that scene. It is a fire whose outbreak surprises us and leaves us speechless, an unexpected force that drives us from the comfortable armchair from which we used to watch the spectacle of the world.[…]

From Massimo Recalcati, Claudio Parmiggiani. In the Time of Poverty, ©2020 Magonza, Arezzo – All rights reserved