Do you know the land where the lemon-trees grow … ?
Johann Wolfgang von Goethe

Throughout, time plays a crucial, if understated, role alongside the mix of nature and culture. For example, such elemental assemblages draw beholders into their perceptual weft and warp, surrounding them visually and psychologically like a quiet energy field composed with textures, planes, directions, light, shade and thoughts. As the viewer parses the objects, duration becomes pivotal to the whole experience. This much is obvious.

More subtly, flames, ice, water, plants and metal suggest cyclical evolution – decay, deliquescence, states by turns tarnished, dull, extinguished, rekindled and refulgent – in their very makeup. Hence these components as well as the various neon writings and other inscriptions represent metonyms for a larger story. Its lineaments are immediacy and transience with its chill, even mortal overtones. In short, seasons at once natural and emotional. Arthur Rimbaud probably had a similar idea in mind when he began a famous poem with the apostrophe:

As if to say that human dwelling and destiny belong to one temporal continuum, an existential learning process (some critics interpret the “season” and “château” as respectively “life on earth” and “the soul”). Though Rimbaud’s symbolism may be arcane, the message is clear enough. We build and go, so to speak, where time leads us.

A second Calzolari paints monumental semi-abstract dramas that parallel Neo-
Expressionism in Europe and America during the 1980s. Their Sturm und Drang
counterbalances the relatively tranquil sculptural ensembles. Its range extends from the Naschmarkt (1984) with its explosive colours and Baroque turbulence alluding to the open-air Viennese market laden with meat and other victuals to panoramic stormy skyscapes exemplified by the Wagnerian Naturlandschaft mit Vogel (1981) in which the heavens seem to move apace. But then beyond this turbulence lies another, dulcet, mode. Compared to the operatic fortissimo that resounds through the big paintings, its tenor is more akin to what the nineteenth-century American Transcendentalist Ralph Waldo Emerson called “the still, small voice within us.” Here is the third Calzolari, an intimate philosopher. Muitos estudos para uma casa de limão stems from this sensibility. 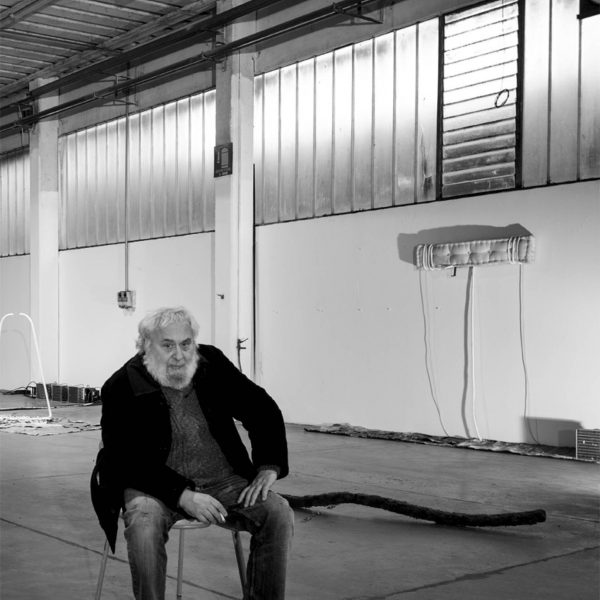 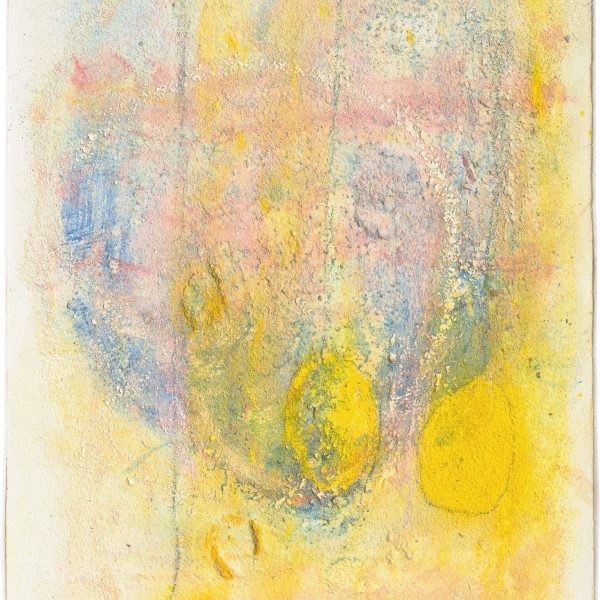 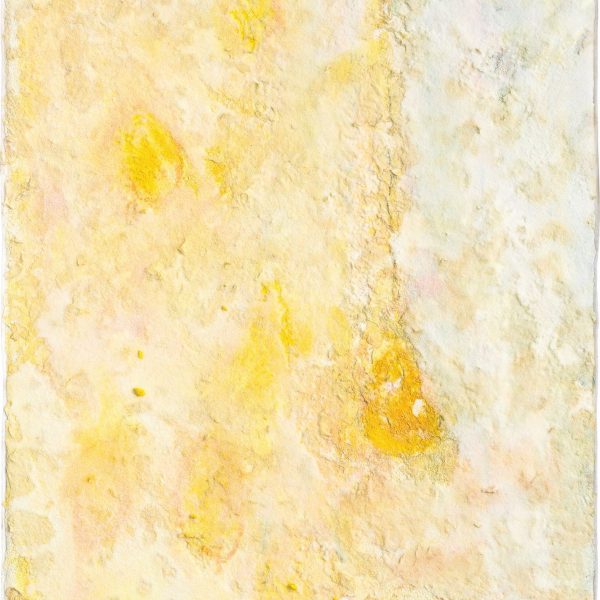 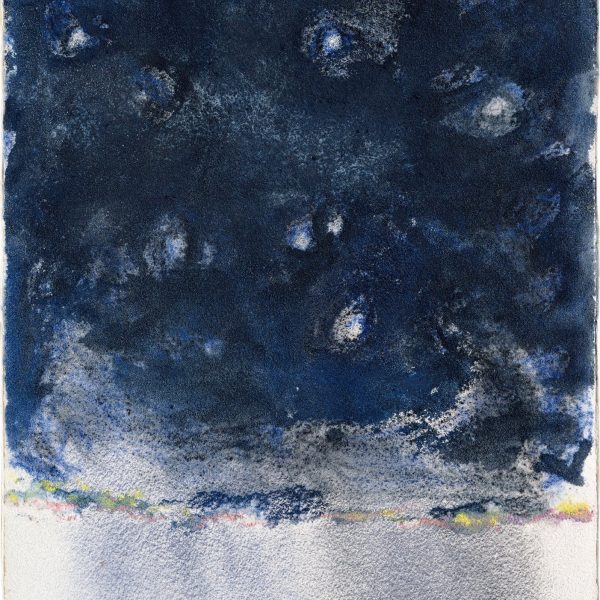 Never before exhibited, the project comprising twenty-two studies for a “lemon house” is sui generis, a one-of-a-kind suite complete in itself. Nevertheless, its matrix belongs to Calzolari’s wider practice – specifically the aforementioned painting-as-lyric mode. Executed on Torchon Arches paper mounted on board, the support’s roughness not only has a grain that helps texture the milk tempera medium, it also chimes with another of Calzolari’s signature substances, layered salt. In turn, the granular pigmented surface deftly embellished by marks made with ultra-soft, friable pastels (pastel à l’écu) establishes a concrete metaphor for the look and feel of a lemon’s skin. But before considering the fruit, Calzolari’s touch in this pictorial style merits mention. He has described painting as “a butterfly”. The butterfly and Calzolari’s facture have one common quality (beside their beauty): they quiver light as a feather (which, by no coincidence, belongs among the artist’s leitmotifs). Lightness is to materiality as transience is to time. After all, fruits form a late stage in a plant’s development, a prelude to its dormancy or death.

Morbidezza and light – the second understood simultaneously as noun and adjective – pervade these “studies for a lemon house”. Indeed, in certain sheets the lemons dissolve into a Mallarmé-like white void. In others, stars in a deep blue-sky shine with a yellowness that is a chromatic synecdoche for the unseen lemons. An early work confirms that Calzolari understands this particular hue as a material representation of ideal luminosity. In Finestra (1978) daylight streams through a real window embedded within a painted yellow monochromatic expanse.

Likewise, the artworks in this exhibition
find their closest counterpart in a hallmark painting from 2017. Reciprocal factors include the media, a shimmering paleness, stem-like strands, starry points and lemon yellow juxtaposed with a blue recalling both sky and water. The work’s title? Paesaggio Veneziano. Venetian light, refracted by the Adriatic and glowing softly upon ancient marbles, has long been Calzolari’s muse. Scant wonder, then, that in the present studies everything is air, dissolution and reformation. This flux and haziness imply an Impressionist gaze. On one hand, they recall Impressionism’s impulse to capture fleeting qualia (by “Impressionism” I also advert to possibly its greatest heir, Pierre Bonnard). On the other hand, their faintness evokes memory or the inward eye. Even that most rigid modernist compositional structure, the grid, mellows into a trellis’s network tracery. We seem to be in a realm of reverie or remembering. This is the tonic key spurring lyric poetry, its apotheosis being John Keats’s odes. Recall “To Autumn”:

Season of mists and mellow fruitfulness,
Close bosom-friend of the maturing sun;
Conspiring with him how to load and bless
With fruit the vines that round the thatch-eves run;
to bend with apples the moss’d cottage-trees,
And fill all fruit with ripeness to the core.

Calzolari’s studies, awash with colours and “the maturing sun”, explore twenty-two successive stages – almost a storyboard – that mine rhapsodic phases involving growth, maturation, fruition and finality. In some the pendant lemons become akin to suns. In another – hypothetically the last – the atmosphere turns ashen, even frosty.